When it comes to creativity, fear seems to be an paralyzing resistance to the process of creating. But there’s something crazy about Fear that you may not know; there are a few things you need to know before you let it shut you down.

In my book Creative Potential: Principles for Unleashing Your God-Given Calling, I unpack three ideas at length and share why fear should move from a paralyzing agent to a catalytic agent.

1. Fear is a Myth. The worst possible scenario is extremely unlikely to take place, that’s why it’s called “the worst possible scenario.” It’s unlikely that because creating in spite of your fear you’ll lose your job, car, house or life savings. We concoct this false reality, put in place by the fear within us, that we’ll be excommunicated from our community because of failure. All of this is because you created something that wasn’t good enough, in your opinion.

Instead of always wondering if someone is going to like the work we put out, or the product we end up making. Lets instead start using fear as a catalyst for our creativity by seeing it from the inside out. Begin choosing to ask questions like this:

For me (as I share in the book), my fear of giving up the calling I thought was mine, was hindering me from stepping into the calling I was designed for. But in the process, I learned that when we overcome our fears, we actually become a little bit more like Jesus. In the last hours of his life, I’m sure he wrestled with fear. He was fully God and fully man, which means he didn’t want to feel the pain, he didn’t want to have to experience death, and yet walked right into conquering both fears (success and failure) in spite. 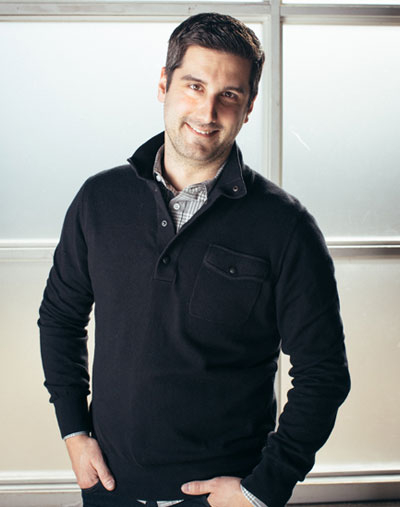 Luke is the founder and visionary behind Orange Thread Media, the parent company to Orange Thread Live Events, TripleWide Media and the creative arts conference: SALT Nashville. Beyond his ability to cast vision for creativity in live events and worship environments, he’s passionate about mentoring, leadership and teamwork. Some of the work he and his team created have been used by American Idol, Blake Shelton, Bill Engvall and thousands of churches around the entire world.