Learning What Works at One Church Can Help Another

When figuring out how best to lead, it’s all too easy to look toward techniques catching the attention of many.

For churches seeking the best approaches, though, aiming to reinvent the wheel should often be avoided. Look to your brethren at other churches of similar sizes for some of the best ideas.

Among the more valuable aspects being taught through leadership at churches, let’s highlight the benefits of inclusion and duplication.

To effectively manage those around you, expecting to do it all, while not working as a team, isn’t particularly productive.

“Just looking at our church, leaders include our team, they include their team,” said Debbie Keough, media production manager at Water of Life Community Church in Fontana, California. “The leaders are not doing everything on their own. You can’t grow as leaders, without bringing people along for the journey with you.”

When it comes to taking such an approach, Keough said, “a church can work on a succession process. Start by including someone, and have a mentor along the way. They have to plan and prepare for that transition.”

Another main focus of churches is having staff teach others their roles, toward eventual replacement.

For churches regularly adding campuses, that approach is crucial to survive at the main campus.

“We are in transition with leadership, where we seek to be able to duplicate yourself,” said Nathan Williams, senior technical director at Victory Church in Atlanta. “With us opening multiple campuses, we need to have redundancy in multiple positions.”

Without taking such a path, the main campus’ staff members tend to be the first shifted to a new campus.

That might be ideal for a new campus, to have an experienced staff member on board on day one. For the main campus, though, such shifts can end up having “no staff at the main campus. (Among those left), we all have to do 15 jobs again,” noted Williams. By focusing on training “the next generation of people, it helps to grow the team better.”

The successfully duplicate of your position, while initially seen as challenging, is well within reach. “To bring someone along, no matter what skill level you’re at, no matter what size church, can be replicated,” said Williams.

We have hundreds of Ready-Made Graphics and Videos perfect for your Easter Worship Experiences this year.

Check out on of our Best-Selling Easter Worship Openers here:

Use Code 5EASTER22 at checkout to take $5 Off Any Easter products from our Library.

Approaches to Achieving A Fix

Once a staff member is working in a particular department, sometimes being in another ministry can be more beneficial to the individual and church.

To understand where such changes might be feasible, Keough discussed the value of regularly doing surveys.

“Sometimes this church has had concerns with certain areas or departments,” noted Keough. “They then involve their staff as to what could be improved.” As an example, she suggested, if the children’s ministry was struggling, it was in surveying staff. “Our church is very proactive, inviting other staff to contribute ideas and thoughts on how to improve a department.”

Understanding the time spent working with a staff member or volunteer in a role, Keough said, “We need to invest here, and determine how to improve them.”

At Victory, the efforts toward discovering solutions, has come about by creating an operations leadership directors group. The group is comprised of “a team of central operation directors that meet every other week,” Williams said. “We discuss the hardest problems needing to be tackled, no matter what department you work in. We do this, so we are not all in our own individual silos.”

By taking that approach, Williams explained, it helps particularly when the church is scheduling a special event or repair. In doing so, departments become versed in “what questions to ask, on the behalf of another department.”

Getting On Board With the Leaders

Whether working with staff or volunteers, making significant headway with effective leadership requires both staff and volunteers to buy in.

In describing how valuable volunteers are to the process, Keough said, “They’re usually informed with what they need to know.” As part of a recent reorganization at Water of Life, she added, “The volunteer culture is super supportive. Everyone wanted to participate, as a student leader became a pastor. Student ministries prayed over him, cheering him every week.”

As part of Victory’s leadership effort, Williams noted, “There’s a huge focus on staff here, to create a healthy culture. We have 10 leadership principles that we go by.”

Among those principles, he added, are to “start with a ‘yes.’ Then explain what it will take to be done.” The rationale is the person making such a request “typically doesn’t realize how much occurs behind the scenes.”

For leaders, one major struggle is contending with volunteers or staff who are content at doing the bare minimum.

To avoid that from playing out, Keough said, “give the people the ability to contribute ideas.” For someone who “always does monitors … what if you say ‘you’re doing monitors every week the same way …’ and suggest small factors of change? It can lead to innovation from the status quo.”

Another option that Williams suggested revolves around accountability. “If each person can hold each other accountable, you’d hope that most of the team is healthy,” said Williams. “If one or two want to be mediocre, we can hold them accountable. By holding them accountable, they’ll be less apt to fall short.”

Leadership Needn’t Only Reside at the Top

When searching for the source of a church’s leadership drive, typically the focus turns to the pastor. Despite that tendency, it can come from many places.

“The leader has to create momentum, but the pastor can sometimes be the reason that momentum is stalled,” cautioned Keough. “To achieve growth, one must build momentum and avoid the stall.”

Simply looking for the pastor to carry the leadership baton alone also carries risks, noted Williams. “That’s not the best way for leadership to grow, because a pastor can fall. By holding leaders accountable, the pastor doesn’t need to be at every meeting or event.”

When churches make improvements in leadership, taking that path can vary widely.

Has the leadership effort been devised largely on its own? Or did another church or churches take a particular leadership path, with your church following that same path? Or did the mistakes made by other churches guide your church down a different path?

Among those three choices, Keough said, “As a leader, and for many at this church, we’ve witnessed so much bad leadership. When it was our turn to be leaders, we were passionate to not replicate the same mistakes.” At the same time, Keough emphasized recognizing “different perspectives. It motivates others to speak up, and encourages further innovation.”

From Williams’ point of view, recognizing the past is crucial toward making progress. “We have learned from our past mistakes. We have tried things that didn’t work, and in fixing the process, we don’t let the situation dictate what happens.”

Moving Beyond Past Practices

Too often, when starting a new leadership role, one is discouraged from making changes, those that have remained unchanged for years.

“That’s how it’s always been done,” is the oft-heard phrase that can make many new leaders cringe.

As tempting as it might be for a new leader to kickstart massive change, Keough noted a better starting technique.

“Look for low hanging fruit as a leader,” she said. “People may want you to enact change, but they want to make sure those changes are successful.” By contrast, if you “go for the big [shebang], that’ll create a lot of distrust. People will say ‘no one has done that.’”

In the eyes of Williams, he added, “Being a church run organization, God’s going to give the heart and mindset of change, to where one doesn’t get wrapped up in the position being theirs.”

Confronting Change During A Pandemic

How churches look toward teaching leadership to staff and volunteers is a never-ending exercise. Over the past 15 months, courtesy of COVID-19, churches had to discover completely new methods to effectively teach.

“For some churches, they couldn’t meet in person,” noted Keough. To adjust, some churches shifted fully to online, or a mobile setup. That required those churches “to make internal staffing changes. They shifted people to accommodate the nature of what we had to do over the last year or so.” With a successful reorganization, she added, “our leaders could try other roles, and became eager pursuing other passions.”

Not only did roles change, but as Williams explained, “the pace of change has picked up, where things change week to week. We are adapting, using systems put away for a year (since prior to COVID-19). We have fully reopened, and are trying to figure what that all looks like.”

“Learning What Works at One Church Can Help Another” was originally posted on Church Facilities Expo, and was written by Andres Caamano.
Posted with permission by Stephanie Lippi. 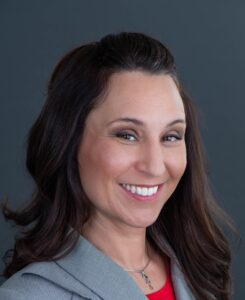 Stephanie worked 12 years for Sight & Sound Theatres in Lancaster, PA: 6 years in Lighting, and another 6 years with the Design Department. While serving as a board member for North Star Initiative, a nonprofit that provides restoration to sex trafficking survivors, she helped to organize fundraisers and events. Over the years, Stephanie has served on her church’s worship team in various capacities, and she’s served in many other church ministries as well. She is honored to now be using so many of the skills she’s learned to help bring educational and networking opportunities to life for CFX as Conference Manager and the Editor and Content Director for CFX’s Connections website.