EPISODE 167: When God Calls Your Heart with Brian Bird (Part One)

LISTEN TO THIS EPISODE:

This week, Carl interviews Hollywood veteran Brian Bird. Brian is a 30 year veteran in the entertainment industry. He is a writer and producer. He has written and produced dozens of episodes of television shows and screenplays for movies you know – do you remember the show Step by Step in the 90s with Patrick Duffy, Suzanne Somers, the Cod Man. Brian wrote that show, he was the Executive Story Editor. Touched by an Angel with Roma Downey – Brian was a writer and producer of the show. He has also written and produced films like the Last Sin Eater, The Ultimate Life, Saving Sarah Cain, Captive, The Case for Christ. He is also the Writer, and Executive Producer of a little show called When Calls the Heart for the Hallmark Channel. This man is a veteran of film and television and he is a committed Christian.

Over the next two weeks, we’ll be talking with Brian about his journey over the years, some behind the scenes stories of When Calls the Heart and some writing and producing tips that you can take and use as you create your own content and serve your team at your church.

We can all look at other churches to see what they are doing and how they are accomplishing things. That’s wise. But we also want us to learn from all kinds of people in the media industry – music artists, writers, producers, directors, performers.

Listen to the full episode and explore more resources below.

We want you to have the resources you need to lead your volunteer team well. That’s why in nearly every episode of the podcast we like to provide you with downloadable, sharable content that you can take back and use as you lead your teams. This content is absolutely FREE of charge. You can take it, copy it, and distribute it to your team members. May God bless your ministry as you serve Him. 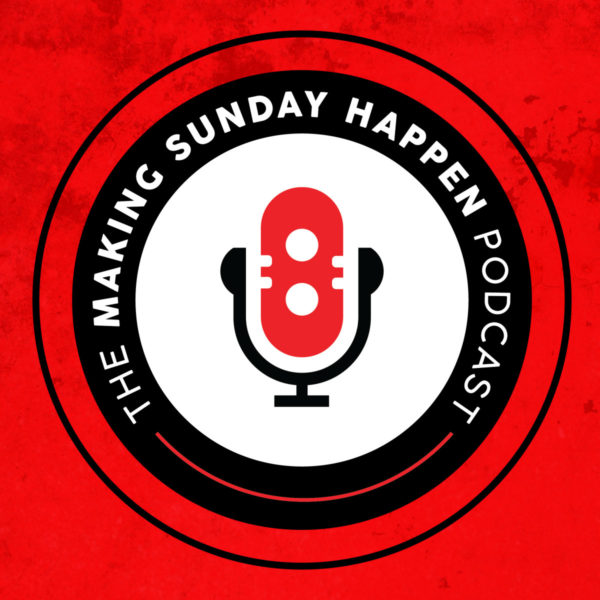 The Making Sunday Happen Podcast (Formerly The Church Media Podcast) is the definitive podcast for those who plan, create and execute Worship Experiences. Hosted by Carl Barnhill, the show offers training in the areas of Church Media Production, Worship, Communications, First Impressions, Service Planning, Volunteer Culture and more. Watch or listen to each episode of the show, download transcripts, and even grab some sharable content to share with your team.