IMAG, or image magnification, uses cameras, projectors and screens to enlarge an image of the stage at a live experience to give the audience a better view. My setting is a church, so that is how I will frame this talk. But these principles are transferable to any live event – be it a high school play, college graduation ceremony or outdoor summer concert. I’ll tell you why you should do IMAG, when you should do it and how to direct it.

Also, if you are looking for help thinking through this large investment or coaching for your directors, let me know. I would love to partner with you.

Now let’s look at why.

1. IMAG Draws People In
IMAG connects everyone in an auditorium to what is happening on the stage. This keeps people engaged and enhances their overall experience. Now let me be clear, IMAG doesn’t create a feel or atmosphere for a room, it only supports what has already been created on stage by the band, speakers or other onstage talent. In other words, if what’s happening on stage is boring, then putting in on a screen won’t magically make it engaging. So make your event awesome, then support it with IMAG, not the other way round.

2. No Bad Seat
IMAG helps ensure there isn’t a bad seat in the house. It helps make sure everyone has a clear view of the action. This is important in auditoriums that are wide. When audience members look at someone on stage without IMAG, they will see the side and not the front of the face. Wide venues without IMAG make an audience member feel like an interloper. Like an outsider looking in on the speaker, instead of an insider engaged with the speaker. So if your auditorium is twice as wide as it is deep, then consider doing IMAG. Another good test to determine if you need IMAG is to gauge the experience from the worst seat in the room. If you can sit there and still see the facial expressions of the people on stage, then you’re good. If not, you should consider IMAG.

1. When You Have Buy In
Your leadership needs to buy into this concept before you move forward. They need to agree philosophically and be willing to budget accordingly. Your leadership may think IMAG is a great idea, but if there isn’t a budget for it, then it isn’t an option. The inverse is also true; the size of your budget doesn’t matter if your leadership is not onboard with doing IMAG. Buy in will make sure that this technological step complements, not competes with, your church’s culture. If your church doesn’t have a culture of supporting technology, then no vision cast is going to change that. Embrace your culture; don’t battle it.

1. IMAG Serves The Audience Not You
IMAG serves the need to engage an audience, not your need to be creative. Yes you will be creative while directing for IMAG but it is always with the goal of meeting the needs of the audience, not your need for self expression. In other words, if IMAG becomes distracting to the audience we have defeated the purpose. A good rule of thumb to remember is, less is more. Yes you could cut shots every second while your communicator is standing stationary. But that ‘creativity’ is gonna end up being a jarring and distracting experience.

2. One Step Ahead
The director needs to be thinking and experiencing the production one step ahead of everybody else. This will help them anticipate the action, cue camera operators accordingly, and cut when necessary. So you need to be in two places at once. In the present and in the future. You need to see what is happening on stage right now, and envision what will be happening next. This unique skill allows you to look at all the details and know exactly how you are going to execute the next transition.

3. Keep It Tight
Most of the time you want a knees up or waist up shot because the closer you get to your subject the more intimate it will be. The widest you should be is a head-to-toe shot. Any wider and you’re giving people the same perspective they have from their seats. If you are getting wide shots you’ve stopped doing IMAG and you’ve stopped connecting the audience with the stage. The exception to this rule would be an unplanned transition. When an unexpected person walks on stage, it’s safe to bail to a stage shot.

4. Don’t Just Call, Cue
10% of leadership is making the decision the other 90% is communicating the decision. This leadership principle holds true to the directing role. A director should spend the majority of their time making sure everyone is ready for what is going to happen next. A director does this by spending more time cueing up shots “camera 2 frame up the host with a head-to-toe when they walk on stage right” than they do calling shots “Ready two. Take two.” Directors need to communicate so everyone is prepared for their next part in the production.

5. Keep The Movement Going
Static shots are boring. So keep the movement going as much as possible. Try to have your cameras constantly pushing, pulling, panning, tilting or doing some other type of movement. One tip for camera movement is to start the movement before you take the shot and bail on the shot before the movement ends. Sometimes there is already movement on the stage, like people walking in and out of frame. Use this movement to your advantage by locking down your shots. This will give kinetic energy and make the experience great.

6. Push In
Moving into a subject increases the intimacy. This is why your shots should push in or zoom in and not pull out or zoom out. One exception to this rule would be at the conclusion of the song or event. Then it would work to pull out on a subject to demonstrate its finish. Another exception is when a song builds. Pulling can build energy during this moment.

7. Encourage Folks
If you want your directing to get better, encourage your crew and compliment them when they do things right. Do it in the moment through your headset so everyone can hear. If the crew knows they’re doing something right they will be more inclined to do it right again. Another good time to encourage folks is during directorial lulls like a video.

8. When To Cut
Here are two good rules for cutting. First cut on the down beat. The down beat during music is usually at the same time a snare drum hits. It is a very natural time to experience a cut for the audience. The second rule is to cut on periods. So wait till your speaker has finished their sentence before cutting to a new perspective. This will be tricky if your presenter speaks in run-on sentences.

9. Tempo
This is pretty straightforward, slower songs require slower movement and use fewer shots, fast songs require faster movement and more shots. For fast songs, camera cuts will be quick, framing will be tighter, and handheld cameras will be angled. For slow songs, camera cuts will be less frequent, framing will be wider, handheld cameras will be level. Also incorporate dissolves and rack focuses to match slower songs. Switching cameras is all about when people lose interest in the current shot. With faster songs people tend to lose interest quicker than slow songs.

10. Know The Music
Listen to all the songs for the event. This will help you know where the instrumental breaks and vocal solos are. This allows you to plan your shots and transition. It doesn’t make sense to have camera shots coming in fast and furious for a song that is slow and contemplative because your IMAG will become a distraction.

11. Emphasize The Leader
Emphasize the lead singer and lead musician. They are the number one focus on stage because they lead the song, the audience and the band. But realize that the lead singer and musician often change from song to song. On a wide shot pushing in, always push towards the leader. Generally speaking it is best to cut from one member of the band to another. The exception to this rule would be for the lead singer. Lead singers can get back to back shots.

12. Stage Presence Matters
Just because a band team member is on stage doesn’t mean they get equal camera time. If someone is stiff and not giving any energy or the energy they are giving is awkward, don’t put them on screen. Emphasize people that have a strong stage presence. 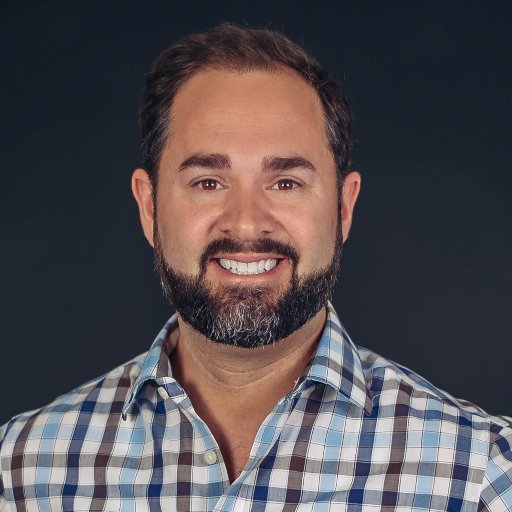 For over 20 years Ben has created & captured moving and memorable moments for individuals, non-profits & corporations across the globe. Ben serves at Christ Fellowship on the executive team as the Weekend Experience Director overseeing worship, creative, production, online, communication & guest services. He also consults for churches and speaks at conferences about leadership, communication and creativity.