The S Word: Having “The Talk” With Your Youth Group

DISCLAIMER – This blog post contains some explicitly explained content. This is done for the sake of keeping it’s ideas clear and inequivocabile. Please note that the links referenced will also take you to articles or statistics that may be explicit in nature. Please keep this in mind as you read through this post.

As pastors, a chief call of our vocation is shepherding people through the complications of life and to help them better understand and integrate the gospel into the daily practicalities of living.

For our teens, there are few higher practicalities than that of navigating sex.

According to the most recent statistics from the CDC’s National Survey of Family Growth, about 44% of teens are sexually active. And for those that haven’t yet had sex, a new study published in the Journal of Adolescent Health, reports that one in five youths are seeing unwanted sexual material online—and one in nine are getting unwanted requests for sexual material from their peers or adults. In short, our students are engaging in, being exposed to, or actively and passively solicited for sexual activity at historic rates.

Sex is simply not something we can filter out of our kids daily lives. The average adolescent views 3,000 ads per day across television, internet, billboards, and magazines. And the most recent figures seeking to study sex in advertisement, placed the amount of sex driven ads at 27 percent and rising, and that was in 2003! Some studies have even shown a link between sexually charged media and eventual sexual activity. And while US teen pregnancy rates are decreasing year over year, we still boast some of the highest rates among western industrialized nations. The evidence is clear, our youth are being inundated with sex and are being influenced in their decisions about when, how, and with whom to have it.

We believe that sex is a wholly good thing, a gift from God to be celebrated, enjoyed, and practiced within His prescribed confines, namely, covenant marriage. But in our ministries, we cannot be naive to the fact that questions, curiosities, and explorations of this basic human function begins way before one ever walks down an aisle.

As such, we cannot shy away from our, admittedly awkward, task of guiding and shepherding our youth through their questions. Culture at large has not shied away from the sex talk. Recently, Planned Parenthood announced their chat app, Roo, which targets teens as the place for any and all sexual questions. With headlines like “Period Sex 101: Everything You Need to Know,” and “3 Women Talk About What It’s Really Like to Get An Abortion,” and Anal Sex: What You Need to Know,” teen magazines are diving fully into every facet of sex and establishing themselves as the arbiters of truth and sexual education for the next generation.

Make no mistake, our students are getting a full sex education. As youth ministers we must engage the full scope of sex and set a path for our students as they grow in awareness of their bodies and those of their peers. A recent study showed that half of teens feel uncomfortable talking to their parents about sex. The same study showed that, ironically, while teens feel uncomfortable with the “sex talk”, only 19 percent of parents expressed a similar feeling, and over half of parents claimed they have frequently discussed healthy relationships with their teens. But, just 29 percent of parents have frequently talked to their teens about birth control, and only 31 percent said they have frequently discussed sexual orientation. The lesson to be gleaned? More than just being willing to tell our students what we think about sex and how they should approach it, we have to create an environment where they can actually engage, bring their questions, and not just be lectured, but, conversationally engaged.

So what could that look like in your youth ministry? Here’s three tips on how to build an engaging environment for your students to learn about sex in a God honoring way.

In my current ministry we have worked to build a safe space for our students to interact with the hard truths of the scripture, their experiences, and the world at large. Beyond planning teaching series that don’t shy away from topics like gender identity, marijuana legality, and sex, we also have a questions box and text hotline where they can anonymously submit any questions on any subject. We then aggregate the questions into major themes and have an A.M.A. day where we give honest, scripturally backed answers to their questions. The questions we have encountered have, at times, been real tough, but answering them has been some of the most beneficial moments in our history.

Sidenote, don’t try this unless you plan on being fully honest and judgement free; while we typically break up into middle and high school and deliver age appropriate responses, that has more to do with tone, depth, and vulnerability levels than sugar coating. Students know if you’re giving them the sanitized or timid answer and that can be the difference in them trusting you or heading to google for an answer. Also, as with all sensitive subjects, make sure your parents are looped in and aware of the topics being discussed, but more on that later.

There’s an informal survey I’ve conducted frequently over the years, with all types of peoples in all manner of places, and the results are consistent. When asked to name the top five most significant moments in the development of their faith, time and again, people cite the presence and activity of a mentor and/or youth leader in their lives. Very rarely does a sermon or devotional crack the top of the list. While colloquicial, over a decade of ministry experience makes me comfortable to say that one of the best ways to influence and lead our students in paths of righteousness is through the consistent, intentional discipleship of a healthy adult leader.

Empowering our small group leaders and equipping them to have healthy discussions about sex can make all the difference in the lives of the students we serve. And when it comes to equipping, more than just your church’s stance on a myriad of issues, we have to train our leaders to be good active listeners. Preparing your leaders in how to ask questions will also set them up for success. Build in a regular space and time of training and role playing for your small group and discipleship leaders to practice these skills and share stories of the questions they’ve encountered, this not only steadies them for their role, but also will strengthen your volunteer team bond and provide invaluable time for you to evaluate the health of your leaders and programs.

Awhile back as I was evaluating my ministry effectiveness, I ran the numbers and found something that fundamentally changed my approach to ministry. The average 2-3 hours a week of programming, that I spend hours diligently preparing for, accounts for 1 percent of my students week. One percent. That realization shifted my entire paradigm on student ministry. If I was going to be most effective at leveraging the resources entrusted in me to raise up Christ following teenagers, I needed to reinvest in the one aspect of their lives that would give me the highest chance of a positive return, their parents.

Supporting our parents in effectively raising their students is paramount to a successful youth ministry. If we are going to make a different in our students understanding and respect of sex, it must begin at home. One 10 year longitudinal study concluded that students who had good communication with their parents were less likely to engage in sexual activity. As Proverbs instructs, if a parent trains up a child in the way they should go, they won’t depart from it. Which is to say, while a child will ultimately make their own choices, the overt and covert lessons messages we give our children stick with them. Empower your parents to communicate effectively about sex with their students. Hold an equipping course and bring in a local social worker or qualified counselor to give tips on communication techniques. Introduce them to wonderful resources like Axis parent guides. Make yourself available for meetings to discuss their child or make a night where parents can come alongside other parents and share victories, failures, questions, and concerns. The youth we are called to serve will be all the better to have equipped, engaged parents.

Sex and all its intricacies can be awkward and hard to navigate, and with the current cultural landscape, there can be real hesitancy about wading into such a seeming minefield of complicated topics. But with humility, dependency on a Spirit that guides, and a strong network of staff, parent, and student support we can develop the courage to speak up and share God’s vision for healthy, God-honoring sex. 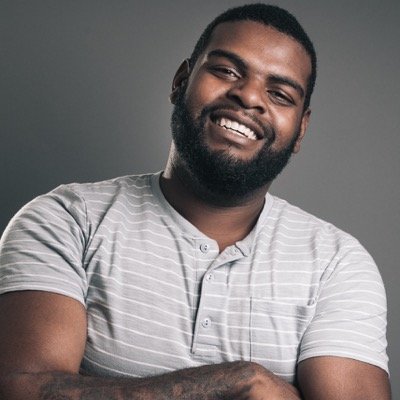 Patrick Boatwright is the Pastor of Students and Families at Trinity Grace Church Park Slope in Brooklyn. A seasoned youth ministry worker, Patrick has led and worked in students ministries across the country from the Carolinas to Colorado. A South Carolina native and graduate of Columbia International University in Bible and Youth Studies, Patrick and his wife Katherine now consider New York City home. Patrick is avid reader, vinyl collector and budding golfer.