At twelve:thirty media, our goal is to not only provide quality media content and training to help you create amazing experiences, but to make you aware of some incredible faith-based resources available to you and your church. That’s why, when movies like “War Room” hit theaters, I want you to be equipped and informed on how to share these resources with your teams.

This past week, I had the opportunity to interview actor T.C. Stallings. You may remember him as gang leader T.J. in the hit movie Courageous. Recently, T.C. can be seen not only in War Room, but Rumors of War with Eric Roberts and One More Round with Kevin Sorbo.

I talked with T.C. about giving up everything he owned to pursue his acting career, his character in the film, and working with the Kendrick Brothers. He has talks about wanting to play a superhero one day and trash talks Alex Kendrick’s basketball skills. His love for the Lord and passion to use acting to minister to others came through in the few minutes I spent with him.

Below are some images and resources you can use to share War Room with your team and your friends. 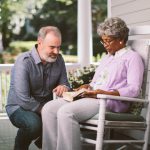 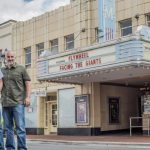 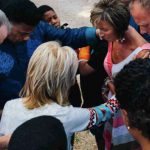 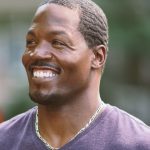 Behind the Scenes and Exclusive Interviews with the Cast and Crew of War Room.

Resources for the movie “War Room”:

If you would like some free resources to share the movie “War Room” with your team, visit warroommovieresources.com