Hello there, Ashley Bratcher here on the blog today to share a little bit about a project I’m working on. Most of you know me from my roles in 90 Minutes in Heaven, Badge of Faith, and as the lead actress from the faith-based romantic drama Princess Cut. What many people don’t know is that I’m also a writer and over the last several weeks I’ve put on the producer hat for the first time. I’m passionate about stories that are thought provoking, leave the audience with something to talk about, and inspire them to make a change. It’s my hope that my short film, Apricity, will do just that.

While Apricity isn’t your typical faith-based film, it is an inspirational story centered on the theme of hope. It’s a story to remind people that even when things don’t work out as planned, there is a purpose. Life is a cycle of seasons for learning, change, and growth.

All that said, we won’t be able to share this beautiful story with the world unless we reach our funding goal. Kickstarter is an ALL OR NOTHING crowdfunding platform that allows us connect with people who believe in our project and want to help us succeed. But, if we don’t raise the funds by the deadline we won’t receive a penny. So, if you like what you see would you be so kind as to share, tweet, and give as your heart sees fit?

You can see the project and backer rewards. Making a film is a huge endeavor and we can’t do it without your help. Your prayers and support are greatly appreciated as I venture into new territory in the film industry.

More About the Film:

Written by Ashley Bratcher and Scott Evans, Apricity is the story of two people meeting at a crossroads in their lives: Alex, a high strung over-acheiver on the brink of a breakdown; and John, a surface cool guy with deep rooted fears must both face their demons for true self discovery. It explores the dynamic of human relationships and prompts the analysis of the role that others play in our journey. 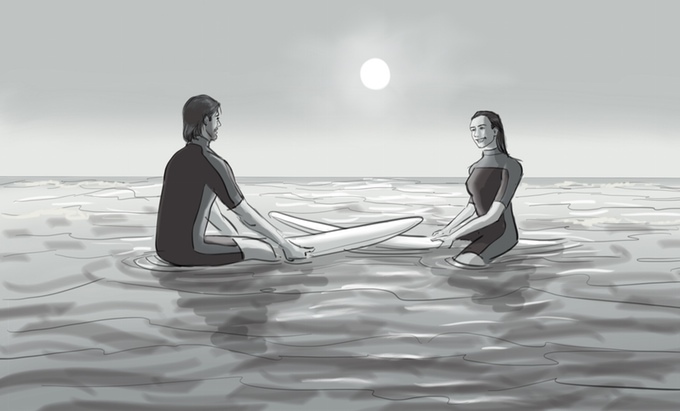 Learn more about @_AshleyBratcher's new short film project Apricity and how you can support it! Click To Tweet

Ashley Bratcher is a rising name actress with a genuine passion for stories of hope and redemption. Since 2013, Ashley has held lead and supporting roles in multiple projects including 90 Minutes in Heaven opposite Kate Bosworth and Hayden Christensen, the Kendrick Brothers’ War Room, Badge of Faith, Princess Cut (Runner-Up Best Feature & Runner-Up Audience choice Award at the 2015 Christian Worldview Film Festival), and UPTV’s The Perfect Summer and The Dempsey Sisters.