GENESIS: The 1st 3D Film with a Faith Audience in Mind

The Special Two-Night Fathom Event of the movie GENESIS: Paradise Lost is coming to theaters on November 13th & 16th.

This is a great film to promote to your volunteer team. Check out some details about the film below.

If there is one part of the Bible that has undergone more scrutiny and abuse than any other, it is the beginning—Genesis. The heated debate over origins has questioned the Creation and ultimately the Creator. So what exactly happened at “Creation,” in the “Beginning”? Enter GENESIS: PARADISE LOST!
Cutting-edge cinematography meets proven science and biblical accuracy to deliver GENESIS: PARADISE LOST, bringing the first book of the Bible to life in both 2D and 3D formats on the big screen. Stunning visual effects and field research invite audiences to explore the much-studied and debated opening chapters of the Bible. This highly-anticipated movie event will show in cinemas nationwide on Monday, November 13 at 7:00 p.m. local time.
GENESIS: PARADISE LOST will entertain and educate as an event for the whole family. The digital animation is interwoven with insightful commentary from accredited scientists and educators such as Dr. Charles Jackson and Dr. Georgia Purdom, and popular speakers such as Ken Ham and Ray Comfort. Cultural apologist Dr. Voddie Baucham, Jr.’s deep booming voice serves as Genesis’ “unseen narrator” whose vocal presence gives the visual images deeper meaning and life.
As a bonus, this Fathom event features an exclusive panel discussion with leaders from both the science and faith communities. Moviegoers throughout the U.S. can enjoy the event in more than 700 theaters, with select locations offering the film in RealD 3D. Tickets can be purchased online or at participating theater box offices.

Carl had the opportunity to chat with Eric Hovind about the film. Listen to the Exclusive Interview below. 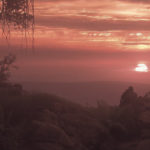 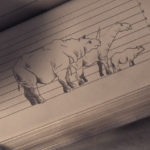 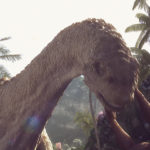 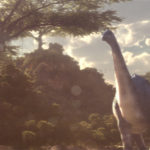 Behind the Scenes Clips from Genesis: Paradise Lost: