ORDER your custom CHRISTMAS CONTENT today. Code CHRISTMAS20 for 10% off!

LET THERE BE LIGHT Movie Release

The movie LET THERE BE LIGHT opens in theaters nationwide Friday.

This is a great film to promote to your volunteer team. Check out some details about the film.

After losing his young son to cancer, Dr. Sol Harkens has dedicated his life to the cause of atheism. As a best selling author and a celebrity debater, he has managed to parlay his attacks on Christianity into a very lucrative business.  He is not only anxious to share his disdain for God, but he also finds great joy and satisfaction in attacking his Christian opponents on the stage.  But even with all the fame and success, Sol is empty and distraught on the inside and his increasing reliance on alcohol to numb the pain is only making things worse.
His New York party lifestyle has isolated him from his ex wife Katy and their two remaining sons.  Their unrelenting faith in God is something that Sol has actually grown to resent and he tells Katy that he just got sick and tired of her praying for his soul.
Sol’s self-destructive habits eventually catch up to him and a serious car crash leaves him clinically dead for four minutes before he is finally resuscitated by some heroic first responders.  It’s a miracle that he’s still alive, but what really changes Sol’s outlook on life is what happens during those four minutes.  It’s a four word message that refuses to let him go despite his best efforts to deny it.
With the support of Katy’s unwavering love and faith, and his own questions about what he may or may not have actually experienced, Sol struggles to find meaning and purpose in the words LET THERE BE LIGHT.

Carl had the opportunity to chat with Kevin and Sam Sorbo about the film. Listen to the Exclusive Interview below.

Images from LET THERE BE LIGHT: 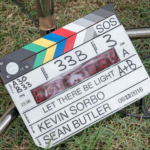 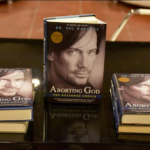 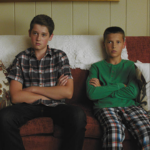 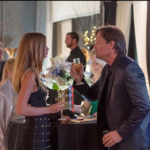 Behind the Scenes Clips from LET THERE BE LIGHT: