Using OVERCOMER in Your Church

Alex Kendrick was a Media Director at a church in Georgia when God called him to make movies. Over the last few years, along with his brothers Stephen and Shannon, they have written, produced and directed some of the most powerful faith films of our time.

Their new movie Overcomer is available now on BLU-RAY, DVD, and DIGITAL. This is a great movie to use and promote in your church. From small group material to books and bible studies, the Kendrick team has produced another great movie for the Christian community and beyond. 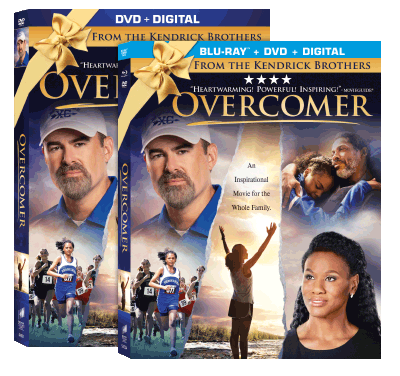 To get some great resources for your church visit Overcomer

I recently had the opportunity to chat with Alex, his brother Stephen, who produced the film and actress Shari Rigby who stars in the movie. Check out my interviews below.

Check out my Exclusive Interview with Alex Kendrick

Check out my Exclusive Interview with producer Stephen Kendrick

Check out my Exclusive interview with actress Shari Rigby

Life changes overnight for coach John Harrison when his high school basketball team’s state championship dreams are crushed under the weight of unexpected news. When the largest manufacturing plant in town suddenly shuts down and hundreds of families begin moving away, John must come to grips with the challenges facing his family and his team. Urged by the school’s principal to fill-in and coach a sport he doesn’t know or like, John is frustrated and questioning his worth… until he crosses paths with a student struggling with her own journey.

Filled with a powerful mix of faith, a twist of humor, and a ton of heart, the Kendrick Brothers return to theaters with OVERCOMER, their newest feature following FACING THE GIANTS, FIREPROOF, COURAGEOUS, and the #1 box-office hit, WAR ROOM. The inspiring family film stars Alex Kendrick, Priscilla Shirer, Shari Rigby, Cameron Arnett, and introduces Aryn Wright-Thompson.

Clips and Behind the Scenes Featurettes

The heart behind Overcomer:

Alex Kendrick on the Response of Overcomer: